Bitcoin Scams to Watch Out For

Here at Firmdrex, we’ve unfortunately seen more people than we’d like buy Bitcoins (BTC) only to discover that they’ve been the victim of a scam. This happens for a variety of reasons, which we’ll discuss below, but which can mostly be attributed to cryptocurrency’s growing pains. After all, BTC is only ten years old. Those scams don’t diminish the positive power of cryptocurrency or its legitimacy; we still believe that the future of money is one where the people are in charge of their own economy. But they do hinder overall acceptance of cryptocurrency and cause people to second guess whether they should buy Bitcoins at all. 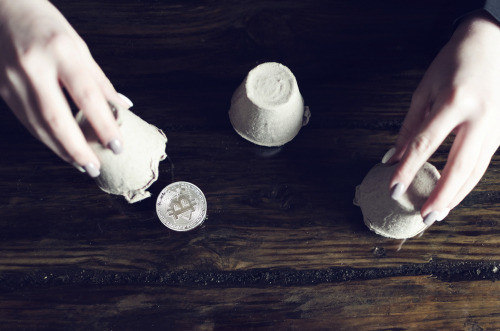 So how do you protect your investment and ensure that when you buy Bitcoins they stay in your hands? We take a look at why cryptocurrency is so susceptible to scamming, what some of the most common Bitcoin scams are, and how you can avoid being a victim of one.

Why Bitcoin Scams are so prevalent

To understand why Bitcoin scams are so rampant, first let’s take a look at its history. Cryptocurrency, and more specifically Bitcoin, developed following the economic crash of 2008, when people began to lose faith in centralized banking systems and started looking for alternatives. BTC was created as a peer-to-peer currency that circumvented both borders and banks; in other words, it was a currency for all. Even more importantly, that lack of centralization—and with it, a lack of regulation—meant that at least in its early days, you could buy Bitcoins anonymously. BTC trading and moving happened on the blockchain, which lived in an entirely separate sphere from the currencies we were used to, and was indicated only by wallet addresses that appeared as strings of letters and numbers. There was no knowing who those wallets belonged to or where the Bitcoins were going.

This relative anonymity, of course, made Bitcoin incredible appealing to criminals. It was a great avenue for money laundering and buying goods on the dark web. Of course, as Bitcoin evolved, seeing more mainstream adoption both by people and businesses, regulations were adopted and the anonymity with which Bitcoin could be bought was largely eliminated. Today it’s nearly impossible to buy Bitcoins anonymously—which is a good thing. Bitcoin is seeing large scale adoption by governments, people, and corporations, as more and more people see the value of the blockchain. Yet despite the inability to buy Bitcoins anonymously, once you get your hands on BTC, you can still trade it fairly anonymously, generating new wallet addresses, and staying off the radar.

As a result, despite the regulations imposed and the legitimacy of the currency, Bitcoin is still a favorite of criminals. But that’s not the only reason Bitcoin scams are so widespread. The other reasons have more to do with human nature:

Most people are trusting

There’s a reason for the old joke, “did you know that ‘gullible’ isn’t in the dictionary?” And that’s because people, for the most part, are trusting. We want to believe other people, and believe in the good of mankind. Therefore, when we hear of an opportunity or of someone who wants to help us, we tend to believe it’s true.

Many people want the easy way out

People have always wanted to make fast money. It’s why we’re so ready to believe every get-rich-quick scheme we hear of. After all, what if it’s real and we miss out. In fact, part of the reason Bitcoin climbed so fast in late 2017 was because it looked like a promise of easy money. But that climb was in part based on hype, and scam artists are capitalizing on the hype and promise of easy money by preying on people who want to believe it.

The system on which Bitcoin functions is not only new, it’s incredibly complex. Blockchain technology, Bitcoin mining, and cryptocurrency wallets are difficult to understand, and most people aren’t going to bother to learn about them. Instead, they’re going to trust other people when they explain how it works (because they’re trusting) and hope it leads them to fast money (because they want the easy way out).

Where do the above observations leave us? With a currency whose inner workings aren’t completely understood by most people, and which comes with the promise (albeit often false promise) of easy money, most people are, unfortunately, willing to suspend their disbelief and trust the scam artists who offer to make them rich.

Bitcoin Scams we see most often

Now that you know that Bitcoin scams exist, what scams should you be looking out for when you trade, send, or buy Bitcoins? Here are some of the scams we see most often at Firmdrex: 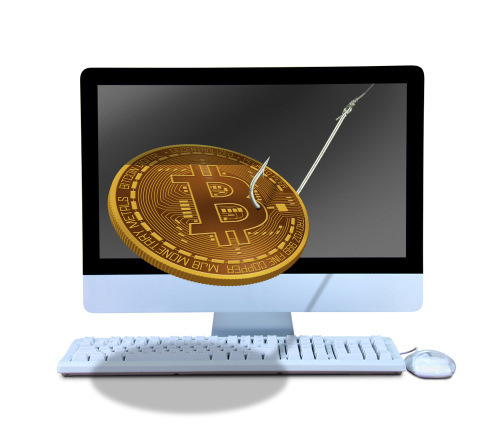 How to protect your Bitcoin investment

If you buy Bitcoins, the most important thing you can do is to protect your investment. But how do you do that? Start by reading our article on keeping your Bitcoin investment safe. Always control your own Bitcoin. That means creating your own Bitcoin wallet, not giving the private keys to anyone you don’t know, and not sending your Bitcoins to anyone else to invest on your behalf. Employ a hearty sense of skepticism for anything you see online. This includes get-rich-quick schemes, offers of investing or trading Bitcoins, and offers on social media of free Bitcoins. If anyone is asking you to send Bitcoins to them, you should be on high alert. Question the business model anyone has. For example, if someone says “send me 1 Bitcoin and I’ll send you 2 Bitcoins in return” you can be pretty sure it’s a scam. If someone offers to invest your money for you and send you the profit, you can also be pretty sure it’s a scam. Use your instincts, especially in Bitcoin if you’re not entirely sure how cryptocurrency works.

At Firmdrex we believe that cryptocurrency really is the future, which is why we want to help you keep your Bitcoin investment safe. It’s part of why we have an account verification process in place, which requires users to state that they are buying Bitcoin only for themselves and not on behalf of someone else. Those may just seem like words, but you should take them to heart, and ask yourself if the purchase you’re making is really one you’re making on your own. It’s important to keep in mind that cryptocurrency transactions are irreversible, so if you send your coins to someone else, let them set up your wallet, or share your private keys with them, you won’t be able to get your crypto back.